Card Race, also very commonly known as Horse Race is one of the most favorite games played in the casinos. It is often regarded as the gambler’s favorite. If you are looking to learn about all the basic and advanced rules for this game, we’ve got you covered with this blog.

Let’s get you started 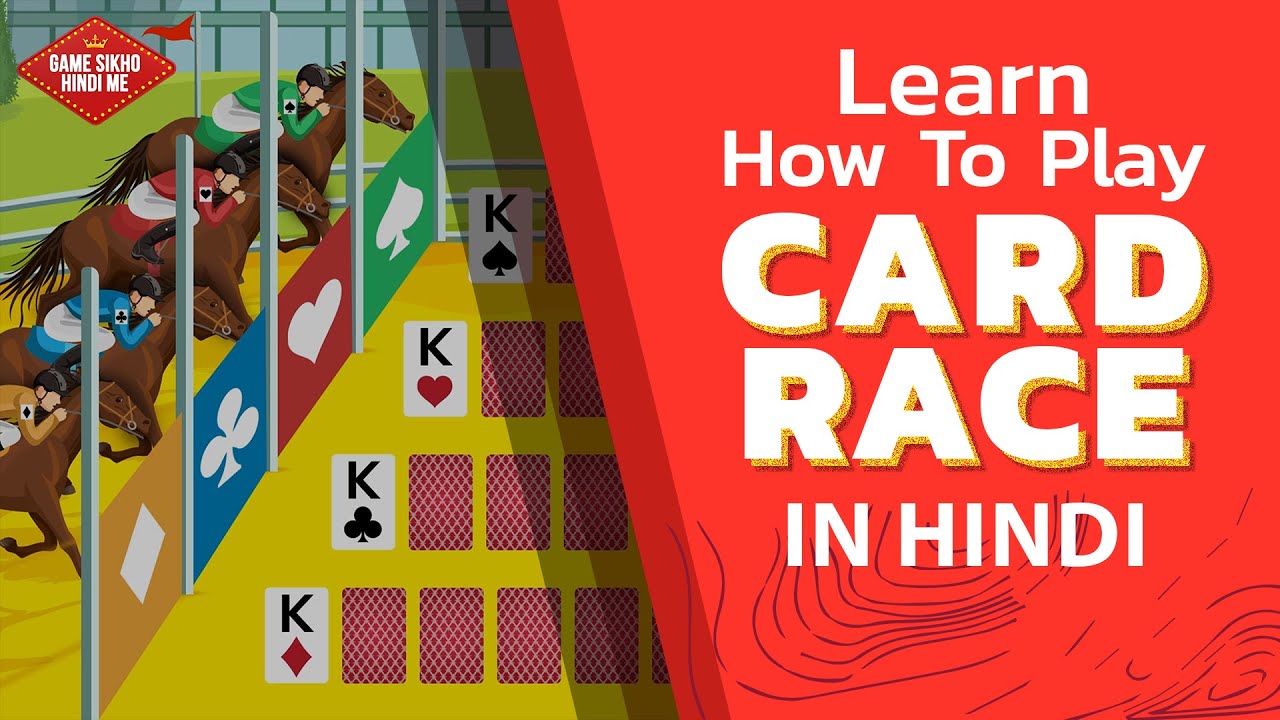 First things first, you need a standard deck of 52 cards to play this game. The next step is to decide on a player that is going to act as the announcer in the game. This player is particularly the only person in this card race game who does anything. What he has to ideally do is go through the cards and draw out all the aces. Aces in this card race game represent the horses.

Then what happens is these horses have to be placed open-faced at the end of the table to represent the gates. The remaining cards are then shuffled and 7-8 cards put up in a straight line facing down forming more of an L-shaped fence. This exactly looks like the gates at a horse race look, then you’re on the right track.

Now that we have everything in place to play this card race game, let’s see how we play it. This is very simple. The announcer will start facing up the cards in the L shape and whatever suit’s card is picked, that ace is moved forward in a line. In the end, whichever suit’s ace is ahead of all that horse wins.

Next, let’s see how to bet in the card race game.

Betting in the card race game is quite simple. You can either bet on the suit that is going to win or you can also bet on a flat amount on spades to win. Other horse gaming bets are also available in this game such as Daily doubles, Exactas, and Trifectas.

In a lot of games what the players do is choose their suit and pick out the payouts based on the positions. It looks something like this:

Some of the more common bets in the card race game looks like:

The kind and the intensity of bets placed in the card race game online and in casinos can vary according to the players playing and the propositions framed.

Now, you know everything that you need to know about card race games- how to play, how to place bets, and more. Win-big! All the best.