Teen Patti is one of the most favorite games played in Indian households. Being one of the most renowned games that originated in India, this game is also very popular around the world with different names at its disposal such as flush, flash, and three-card poker.

Being the popular Indian card game, Teen Patti is almost played at all our parties and occasions. Be it friends coming over or a night-out at cousin’s, 3 Patti card game is the go-to fun card game of all the get-togethers.

If you’re one of those people who get bored while others are having fun playing this game, you’re in for a treat because here we are all set to solve your “ yeh game kaise khelte hai?” dilemma once and for all. 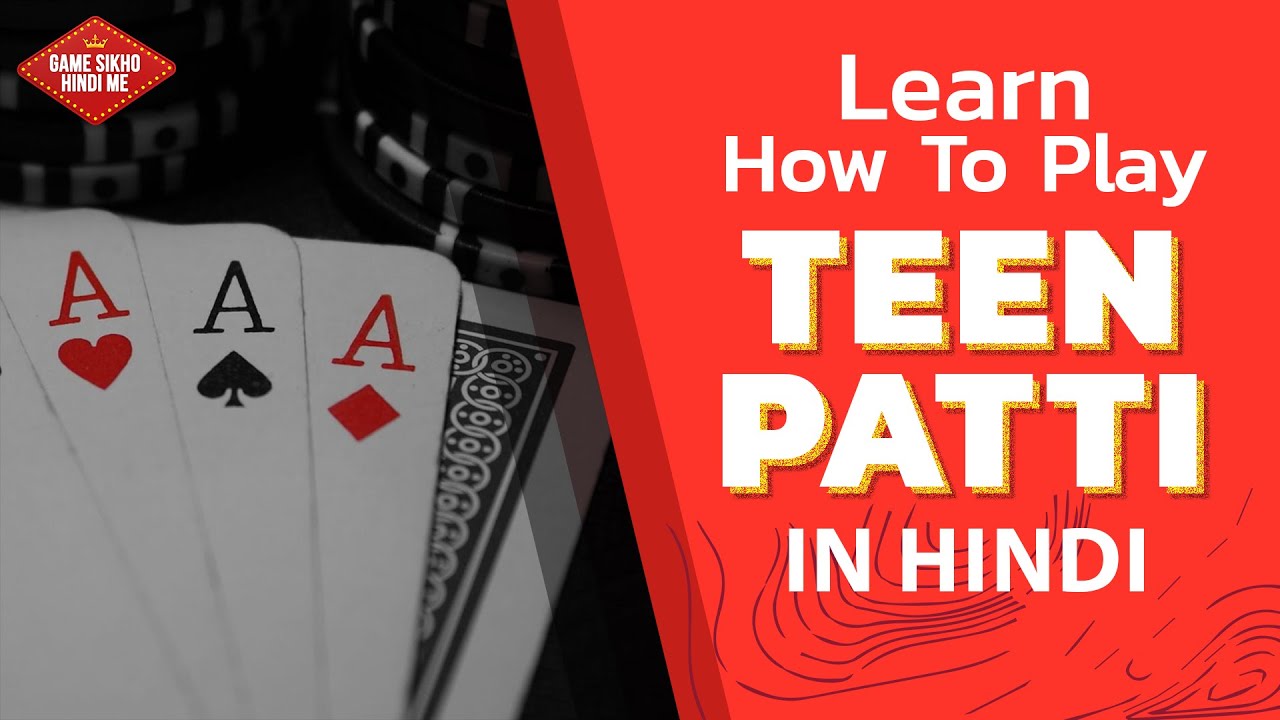 How are the cards ranked in Teen Patti?

Aces have the highest rank in this game which makes 02 the lowest. Here are a few rankings that are popular with this card game. Remember the goal is to create a deck of 03 powerful cards till the end of the game to win it.

#1- A set of three – This is ideally of a trail of three. 3 aces straight are regarded as the highest set in Teen Patti.

#3- Sequence (or run)- This is three consecutive cards but not from the same suit.

#4- Color- Three cards not consecutive but from the same suit.

#5- Pair- This means two cards of the same rank. When it comes to two players having pairs, the one with the highest value wins.

#6- High Card- Here, three cards are not in any sequence., not from the same suit, not a pair. In this case, the single high card that is top amongst all players wins. If, for example, any two players have the same high card, the next highest card in their deck determines the winner.

How to win at Teen Patti?

If you’re thinking, “paise kaise kamaye jaye in Teen Patti?” we have some crazy Teen Patti hacks for you to win more, lose less, and have more fun.

You are now all set to ace this game in style. All the best. Win-big!