The 32 Cards Casino game is one of the easiest and the most-played games in the casino. It is the all-time favorite of most people who love 32 Card Deck Games. One of the reasons for this is that it is super easy but also that it makes winning easy and efficient.

After all, you play casino games to win good money, right? Here’s why we have put in this article to help you learn all the 32 Card Game Rules on fleek so that you can win big on the best casino games whether you play online or at the casino deck. 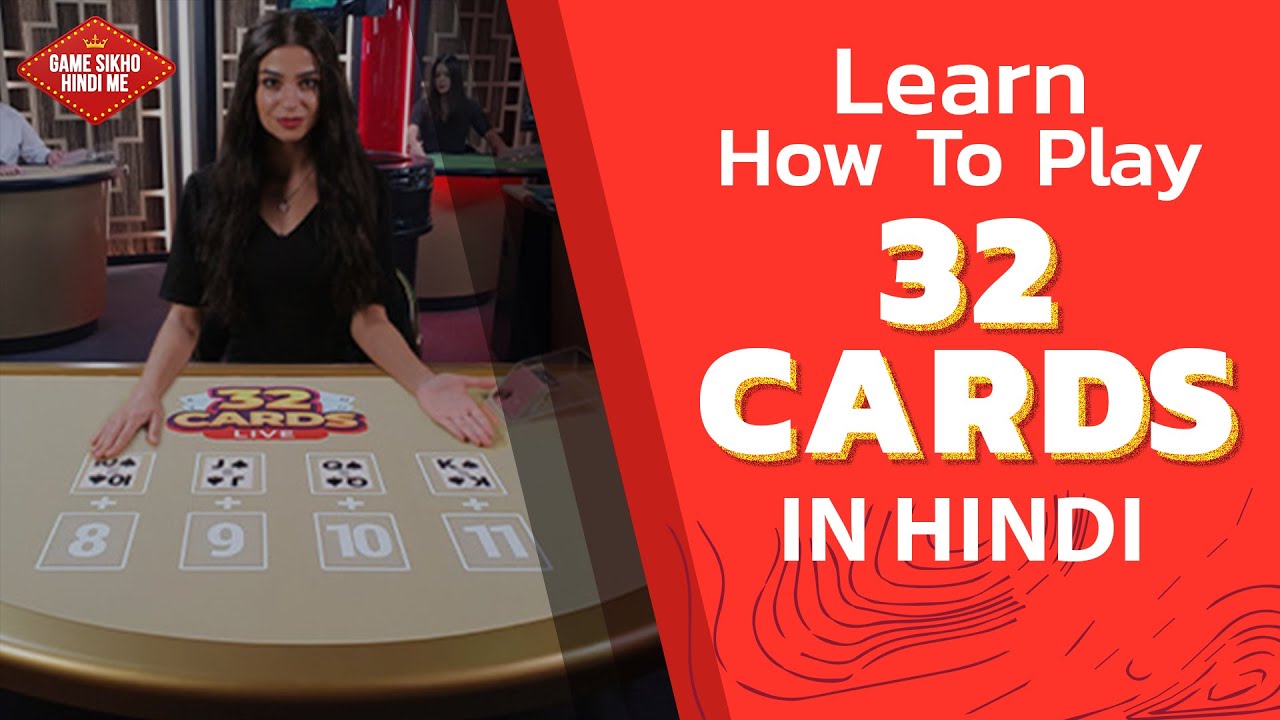 32 Cards is a relatively new one in the line of Poker, Teen Patti, and others that we are very used to playing with our playing card decks. However, this game, 32 Cards, is played in a very different way than any other card game that you usually play. Hence what we suggest you do is that you play this game for free for trial slots before playing for real money.

This exclusive game of 32 Cards, as the name suggests is a game that is played with only 32 cards in the deck. All the aces, twos, Threes, fours, and fives are removed from the deck and the game is played with the remaining 32 cards in the deck. All the other cards except the face cards are valued at their face value. The face cards however are ranked at their positions. For example, Jack carries 11 points, Queen carries 12 points and the King carries the highest of all, 13 points.

This game, 32 Cards, like other familiar casino card games, can be played with unlimited players, the more, the merrier. In this game, there are four betting positions, and each one is dealt with one of the cards. In the end, the position with the highest total wins this game.

So the idea of the game is to pick which of the 4 hands dealt will have the highest position. The four betting positions have been allocated initials for their respective positions.

As the game progresses, each one of these positions receives an additional card, and toward the end, the position with the highest total wins. In case if two positions arrive at a mutual highest, another card is added to the position to determine the winner.

As a player playing this fun 32 Cards game, what you have to do is bet on the positions. Each of these positions has different payouts. Your guesswork and 32 Cards Reading should be on-point to bet on the positions that have the highest potential of winning so that you win the most amount of money in the game.

As a player, you are allowed to place your bets on 3 positions amongst the 4 in the 32 Cards game.

The best strategy when it comes to games like 32 Cards is to focus on small wins. Bets that go through on player 8 with the highest RTP come through only once in 12-13 decks. Hence when you focus on smaller positions, you can win a big amount in totality when you go home.

Now you know all there is to know about the 32 Cards Game. We wish you good luck in playing this fun game of 32 Cards.